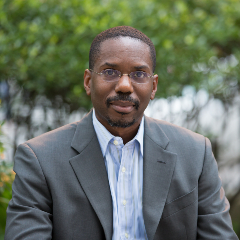 Professor of Law and Director of Center on Race, Law & Justice

In Fall 2020, Professor Bennett Capers joined Fordham Law School, where he teaches Evidence, Criminal Law, and Criminal Procedure, and is also the Director of the Center on Race, Law, and Justice.  A former federal prosecutor, his academic interests include the relationship between race, gender, technology, and criminal justice, and he is a prolific writer on these topics. His articles and essays have been published or are forthcoming in the California Law Review (twice), Columbia Law Review, Cornell Law Review, Fordham Law Review, Harvard Civil Rights-Civil Liberties Law Review (twice), Minnesota Law Review, New York University Law Review, North Carolina Law Review, Notre Dame Law Review, Michigan Law Review, and UCLA Law Review, among others.   In addition to co-editing the forthcoming Critical Race Judgments: Rewritten U.S. Court Opinions on Race and Law (Cambridge University Press) (with Devon Carbado, Robin Lenhardt, and Angela Onwuachi-Willig), Feminist Judgments: Rewritten Criminal Law Opinions (Cambridge University Press) (with Corey Rayburn Yung and Sarah Deer), and Criminal Law: A Critical Approach (Foundation Press) (with Roger Fairfax and Eric Miller), he also has a forthcoming book about prosecutors, The Prosecutor’s Turn (Metropolitan Books).  His commentary and op-eds have appeared in the New York Times, the Washington Post, and other journals.  He was a visiting professor at Fordham Law School during the 2008-09 academic year, and has also been a visiting professor at University of Texas Law School and Boston University Law School. In Spring 2022, he will be a visiting professor at Yale Law School.

Prior to teaching, Professor Capers spent nearly ten years as an Assistant U.S. Attorney in the Southern District of New York. His work trying several federal racketeering cases earned him a nomination for the Department of Justice’s Director’s Award in 2004. He also practiced with the firms of Cleary, Gottlieb, Steen & Hamilton and Willkie Farr & Gallagher. He clerked for the Hon. John S. Martin, Jr. of the Southern District of New York.  He is a graduate of Princeton University, where he graduated cum laude and was awarded the Class of 1983 Prize, and of Columbia University School of Law, where he was a Harlan Fiske Stone Scholar.

Prior to joining Fordham Law School, he taught at Brooklyn Law School, where he was the Stanley A. August Professor of Law, and before that at Hofstra University School of Law, where he served as Associate Dean of Faculty Development in 2010-11, and where he received the 2009 Lawrence A. Stessin Prize for Outstanding Scholarly Publication. He has thrice been voted Teacher of the Year, is an elected member of the American Law Institute, a Director of Research for the Uniform Laws Commission, a Faculty Fellow of the African American Policy Forum, a Senior Technology Fellow at the NYU Policing Project, and has served as Chair of the AALS Criminal Justice Section and Chair of the AALS Law and Humanities Section. Governor Cuomo has twice appointed him to serve on judicial screening committees, first the New York State Judicial Screening Committee for the New York Court of Claims, and then the New York Judicial Screening Committee for the Second Department. In 2013, he served as Chairperson of the AALS 2013 Conference on Criminal Justice.  That same year, Judge Scheindlin appointed him to Chair the Academic Advisory Council to assist in implementing the remedial order in the stop-and-frisk class action Floyd v. City of New York.  He also served for several years as a Commissioner on the NYC Civilian Complaint Review Board.