Nicaea, Conciliarity, and the Future of Christianity 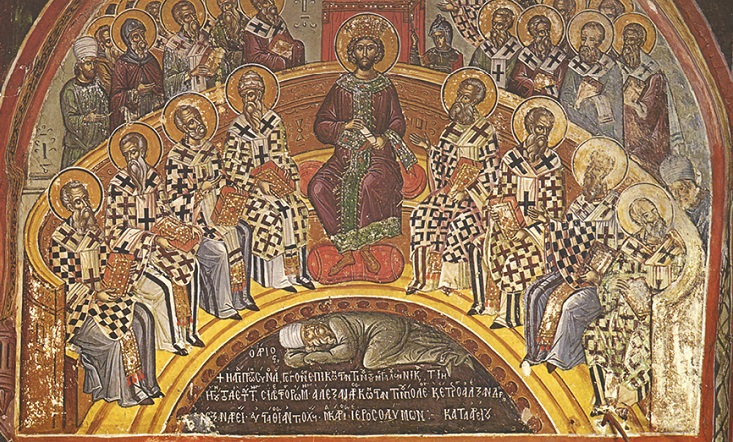 History of the Patterson Triennial Conference

In June of 2007, the Center held its first triennial conference, "Orthodox Readings of Augustine," which examined the place of St Augustine in the Orthodox Church in the hope that the Latin doctor might be seen as a bridge between East and West rather than an obstacle. You can read abou the inaugural conference on Fordham News. The proceedings from the first conference have been published in Orthodox Readings of Augustine, edited by George Demacopoulos and Aristotle Papanikolaou, available from Fordham University Press (2020).

Solon and Marianna Patterson of Atlanta, GA, who attended the inaugural conference, generously provided $100,000 and issued a challenge grant for an additional $200,000 to endow the conference series permanently. On June 28-30, 2010, we hosted the second installment of the newly renamed Patterson Triennial Conference, "Orthodox Constructions of the West." The proceedings of the second conference have been published in Orthodox Constructions of the West, edited by George Demacopoulos and Aristotle Papanikolaou (Fordham University Press, 2013).

The fourth Patterson Triennial Conference, "Tradition, Secularization, Fundamentalism," was held on June 23-25, 2016. The proceedings of the fourth conference were published by Fordham University Press in 2019.

The fifth Patterson Triennial Conference, "Faith, Reason, Theosis," was held June 3-5, 2019. The conference proceedings will be published at a later time.