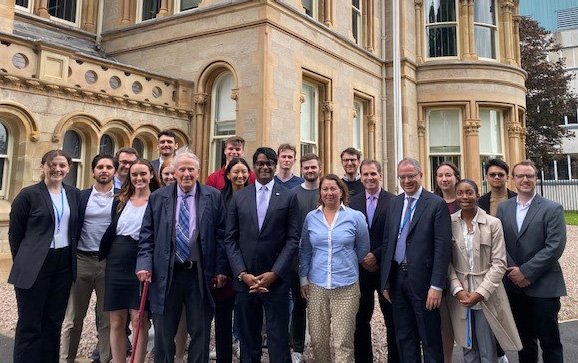 The Ireland Program will be in person in 2023. Contact Professor Michael W. Martin for more information at mwmartin@fordham.edu.

Study international law and conflict resolution in two of Europe’s most exciting cities: Belfast and Dublin. With our Belfast/Dublin program, you will do more than learn about the complexities of international law and conflict resolution. You will experience its effects firsthand and understand more profoundly its impact on two unforgettable cities. 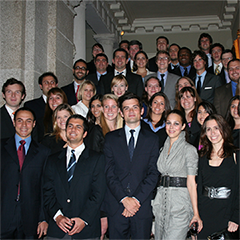 The Belfast/Dublin Summer Program is an incredible opportunity for students wishing to spend a summer in beautiful Ireland while earning additional credits. Deans from Queen’s University Belfast, University College Dublin, and Fordham Law School along with other leading faculty will actively participate in the program. It’s a perfect opportunity for 1L’s as well as alumni wanting a fantastic learning experience. 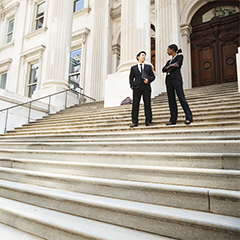 Our program offers 40 externships to ensure that your learning experience extends beyond the classroom. You'll have the opportunity to work with some of the best barristers, solicitors, and judges in Dublin and Belfast as you build an international network.

Tour the cities of Belfast and Dublin and experience their political, cultural, and natural attractions, including the Northern Ireland Assembly, Four Courts, Giant’s Causeway, and the Antrim coastline! Enjoy dinners held at the Great Hall at QUB and the Kings Inn in Dublin and network with First Ministers and Supreme Court Justices. While you attend exciting lectures, panels and discussions, you’ll be introduced to the political and legal landscape of the North, and debate with leading figures in all the major political parties of Northern Ireland.