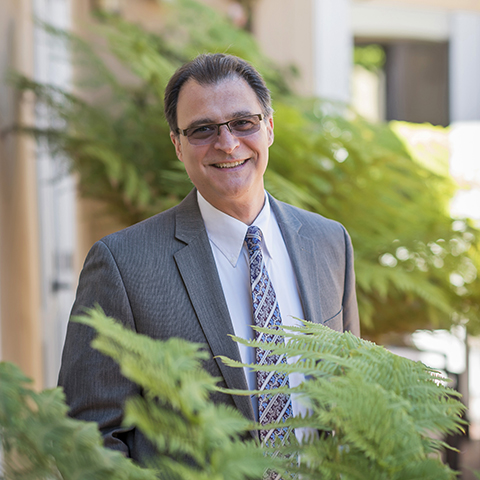 Michael joined the full-time faculty of Fordham in Fall 2020 and teaches in the theatre history sequence.  In addition to his work with Fordham Theatre, he serves as the Director of the Master of Arts in Philosophy and Society (GSAS) at the Rose Hill Campus.

Michael speaks about his current research on the role of performance in 19th and early 20th-century Jesuit education in a podcast for the History of Education Society, "an international scholarly society devoted to promoting and teaching the history of education across institutions." The podcast can be found here: https://www.buzzsprout.com/1492489/11684402.

Michael’s scholarly work has appeared in journals such as Theatre Survey, Text and Presentation, and Religion and Theatre.  He has also contributed essays on pre- and early modern performance to several book volumes, including From Rome to Eternity: Catholicism and the Arts in Italy, 1550-1650 (Brill); The Jesuits II: Cultures, Sciences, and the Arts, 1540-1773 (University of Toronto Press), Hrotsvit of Gandersheim: Contexts, Identities, Affinities, and Performances (University of Toronto Press), Catholic Theatre and Drama: Critical Essays (McFarland and Company), A Companion to Hrotsvit of Gandersheim (fl 960) (Brill), and Music as Cultural Mission (St. Joseph’s University Press). Most recently he has published several entries in The Cambridge Encyclopedia of the Jesuits, edited by Thomas Worcester, SJ (Cambridge University Press).

In addition, he has served as stage director (in national and international venues) for four Jesuit-inspired performance pieces: The Judgment of Solomon and The Death of Saul and Jonathan by Marc-Antoine Charpentier; Patientis Christi Memoria by Johannes Bernhard Staudt, and San Ignacio de Loyola by Domenico Zipoli, Martin Schmid, and an anonymous composer.

Prior to his arrival at Fordham, Michael was the Paul L. Locatelli, SJ University Professor in the Department of Theatre and Dance at Santa Clara University where he taught and directed for twenty-two years.

He received his PhD in Drama from Tufts University.