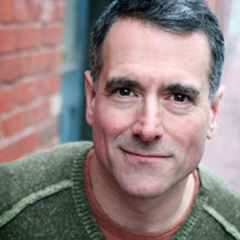 His numerous Off-Broadway appearances include Love’s Labour’s Lost (The Public Theater), and Antigone in New York (Vineyard Theatre), for which he received an Obie Award.

His extensive Shakespearean credits include the title role in Hamlet, Vanessa Redgrave’s Antony and Cleopatra, Troilus and Cressida, Much Ado About Nothing, Two Gentlemen of Verona (all at The Public Theater), and Julie Taymor’s Titus Andronicus (Theatre for a New Audience.)

Skybell was one of two Americans chosen for the inaugural season of Shakespeare’s Globe/London.

He holds an MFA from the Yale School of Drama.