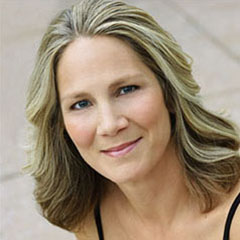 She has worked as a professional actor for the past 15 years, including three seasons at The Oregon Shakespeare Festival in Ashland, A.C.T., Berkeley Rep, and the McCarter Theatre Company.

Her credits also include voiceovers, commercials, film, and television.

Zandarski received her MFA from A.C.T. under Bill Ball and Larry Hecht, and received a BA in English from Princeton University.