Williams was born in Flushing, New York, in 1917. He was descended from black freedmen, runaway slaves, Algonquin Indians, and Dutch and English immigrants. After attending Lincoln University, where he graduated as salutatorian in 1941, he served in the U.S. Army. Upon his return to the United States, he enrolled in Fordham Law School, passing the New York State bar examination before earning his law degree.

For the next 14 years, Williams worked with the NAACP Legal Defense Fund, initially serving as assistant special counsel to Thurgood Marshall and later as the West Coast regional director. During this time, he worked on cases involving school desegregation, restrictive real estate covenants, and transportation. He argued successfully for the plaintiff in McLaurin v. Oklahoma State Regents for Higher Education, the first Supreme Court case involving the segregation of black and white students in the classroom. He also wrote briefs for Sipuel v. Board of Regents of the State of Oklahoma and Sweatt v. Painter, Supreme Court cases that challenged racial segregation in law schools.

In 1946, Williams represented Isaac Woodard, a U.S. Army sergeant who, just hours after his honorable discharge, was beaten by police officers. The attack resulted in Woodard's blindness and memory loss. While the trial itself was lost, Williams and other NAACP members brought the incident to national attention. Outraged, President Harry S. Truman called for a federal investigation, which led to the indictments of the guilty officers. Williams then went on a national tour with Woodard to raise further awareness of race-based violence.

Williams proved indispensable in a famous case that later became the basis for the Pulitzer Prize–winning book Devil in the Grove. In July 1949, four young black men—Earnest Thomas, Charles Greenlee, Samuel Shepherd, and Walter Irvin—were accused of raping a white woman in Groveland, Florida. Marshall and Williams defended “the Groveland Boys.” In the book, Marshall describes Williams as a lawyer who “can come up with more ideas in a minute than most people I know of. And they’re darn good ones.” From the original trial in which Williams represented the defendants to the Supreme Court case where he argued for appeal of their convictions, Williams helped Marshall test and build a strategic framework for later landmark cases that would advance racial equality in America. In April 2017, the Florida House of Representatives publically exonerated the four men and apologized to their families for the racial injustice.

Following his role as the NAACP west coast director and regional counsel, Williams was appointed California’s assistant attorney general in 1959. Within the next few years, he crafted the state attorney general office’s first section on constitutional rights. In 1960, he created a voter registration drive for African Americans, which facilitated John F. Kennedy’s presidential election.

In 1961, Williams joined the Kennedy administration as special assistant to Sargent Shriver at the newly established Peace Corps. Later, he became the director of the division of university, private, and international cooperation. In 1963, he was appointed the Peace Corps’ regional director for Africa.

President Lyndon B. Johnson named Williams U.S. representative to the United Nations Economic and Social Council in 1962, marking the first time that a black person was appointed to the council.

Three years later, Johnson named Williams U.S. ambassador to Ghana, where he served until 1968. This appointment made him the first black person ever appointed ambassador to an African country. He maintained a commitment to fostering U.S.-African relations for the rest of his life.

Upon his return to the United States in 1968, Williams became director of the new urban center at Columbia University. In this role, he made various curricular changes and authored a major study, “Human Uses of 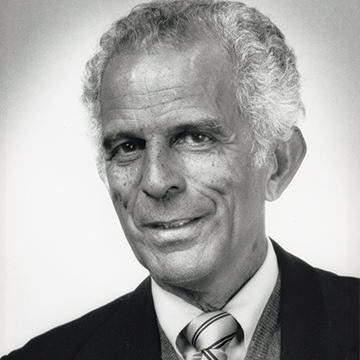 the University: Planning a Curriculum in Urban and Ethnic Affairs at Columbia University.”

In 1987, he founded the Harlem Youth Development Foundation to support charitable institutions within the Harlem community. He also helped form several cultural groups, including the Association of Black American Ambassadors, the Boys Choir of Harlem, the Caribbean Cultural Center, and the Jackie Robinson Foundation. He was named to the boards of many corporations, including Borden Inc., Consolidated Edison, and the American Stock Exchange.

From 1987 to 1990, Williams chaired the New York State Judicial Commission on Minorities, which studied the treatment of minority group members in state courts. The commission is now named in his honor. Through his work with the commission, Williams helped establish what is today known as the National Consortium on Racial and Ethnic Fairness in the Courts.

From 1970 until his death, he served as the president of the Phelps-Stokes Fund, a nonprofit organization established in 1911 to improve education for African Americans, American Indians, and Africans.

“As we look to the new century, creation of an atmosphere without even the appearance of racial bias must be the prime objective of our courts.”
– Franklin Williams ’45