Ruth Breindel taught Latin and Greek at Moses Brown School in Providence, RI, from 1985-2015. She is currently the Treasurer of the Classical Association of New England and has also been President and RI State Representative to that organization. Ruth has published many texts: De Rerum Discendi (American Classical League) about learning styles and Latin, Disciplina Clericalis (editor of the text of Peter Alponsus, CANEPress), various tales from the Gesta Romanorum (edited, download from CANEPress), and re-editing of Plautus for Reading and Performance, Fables by Phaedrus, the Play of Daniel and the Navigatio Sancti Brendani (all through CANEPress). Now retired, Ruth continues to edit texts, tutor and teach in CANE's Summer Institute. 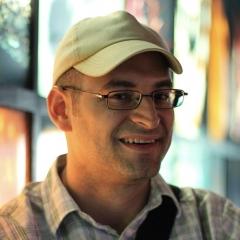 Lee Fratantuono finished degrees in Classics at Holy Cross and Boston College before continuing his Jesuit education at Fordham, where he completed his doctorate in 2002 under the late Robert Carrubba. His dissertation was a commentary on Book XI of Virgil's Aeneid that was later published in a revised version in the Collection Latomus in Belgium. While a graduate student, Fratantuono also worked closely with the late Seth Benardete at New York University through the New York City Classics Consortium. Benardete's advice and encouragement led him to produce his three volume set of commentaries on Virgil, Ovid, and Lucan, the so-called Madness trilogy. Fratantuono is Professor and Chair of Classics at Ohio Wesleyan University in Delaware, Ohio, where he also serves as faculty advisor to the Delta Upsilon chapter of the Delta Delta Delta sorority. Recent scholarly projects include co-editing the Brill Aeneid V (2015) and VIII (forthcoming, 2017), co-editing the Blackwell Companion to imperial Latin epic, as well as a book on Lucretius, student commentaries on Ovid and Tacitus, and the latest of some sixty articles in peer-reviewed journals. 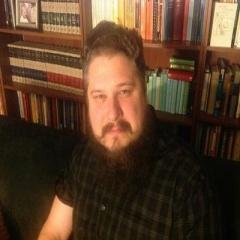 Matthew Keil is a high school teacher, now entering his sixteenth year in the New York City public school system, where he teaches classes in Latin, Greek, and classical philosophy. He is also an adjunct professor for the City University of New York, teaching classes in Greek and Latin classics in translation. Receiving his doctorate in Classics from Fordham University in 2015, Matthew completed a dissertation entitled Concordia as an historiographical principle in Sallust and Augustine under the direction of professors Robert Penella and Cristiana Sogno. He has presented papers on a wide range of topics, reflecting his various academic interests, such as the use of oral Latin in the classroom, the reception of Greek philosophy by the early Church Fathers, and aspects of the classical tradition in English literature. He holds an MS from Lehman College in English education, an MA from Hunter College in Latin education, an MA from Fordham University in Classical Philology, and has also been the winner of numerous prizes from the New York Classical Club for their competitions in the recitation of Greek and Latin literature. 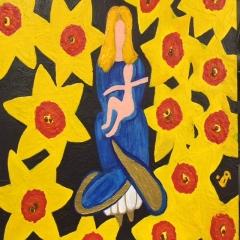 Brett is a 5th generation Californian. After spending most of his adulthood residing in Washington, D.C, New York, and San Franciso, he now lives near the beach in his hometown of Alameda. He has Associate, Bachelors, and Masters degrees in Arts. Brett’s influences include the images and cultures of Ancient Greece, Rome, Egypt, and more. His goal is to have his Art in every house in America. Pictured is his piece, "Our Lady of the Daffodils" (2016), Acrylic. 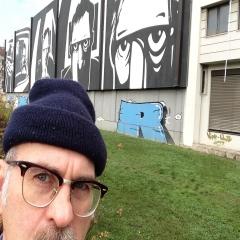 After more than a decade teaching high-school Latin, Dr. Paul Stapleton completed a PhD in Comparative Literature at UNC-Chapel Hill, where he is currently a lecturer. His studies of Classical receptions, medieval Latin, and neo-Latin have been published in forums such as the John Donne Journal, Medium Aevum, Notes & Queries, and Viator. His short story “The Fall of Punicea,” a parody of the Horatii-Curatii episode, which was read in Prof. Penella’s Livy class (including the extended version of Dionysius of Halicarnassus!), received a 2013 Pushcart Prize in fiction. He remains grateful for his M.A. in Classics from Fordham, as it has been the cornerstone of his professional life.