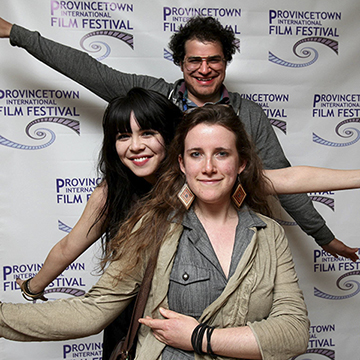 Jobs, jobs, jobs! Today's arts and culture industries contribute more than $700 billion annually to the U.S. economy, outpacing  many other sectors. What’s more, many fields outside of the creative economy now recognize the importance of visual literacy and actively seek employees with an arts education.

We believe that creative problem solving, critical thinking, and keen observation skills are keys to your success in the job market, whatever field you enter. Our location in New York City means you have direct access to hundreds of institutions, organizations, and businesses that put a premium on visual savvy. 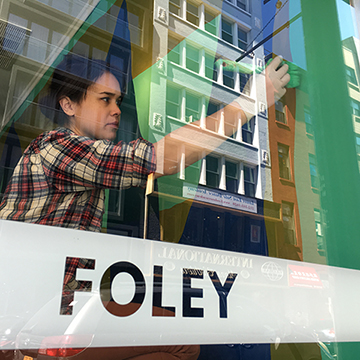 Fordham alumna Amie Cunat paints a wall piece for her exhibition Clue, Cue, at the Foley gallery on the Lower East Side in New York

Our graduates have exhibited work at the Whitney, MoMA P.S.1, MoCA LA, the Hammer Museum, and New York galleries such as Leslie Heller and Elizabeth Harris.

They have screened films at Sundance, the New Orleans Film Festival, and Anthology Film Archives, and been published in The New York Times. Alumni have been awarded prestigious residencies at the McDowell Colony, Skowhegan School of Painting and Sculpture, and the Edward F. Albee Foundation, and have received fellowships such as the Fulbright. They've also won many awards, including Best Short Film at Sundance.