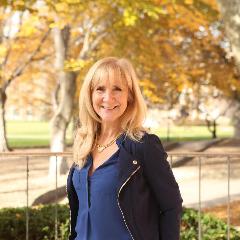 Dr. Fisher is Chair of the Ethics Code Task Force for the Society for Research in Child Development, a member of the Ethics Code Task Force for the American Psychological Association and the Data Safety Monitoring Board for the NIH/NIDA HEALing Communities Study.  She has served as Chair of the Environmental Protection Agency’s Human Studies Review Board, the DHHS Secretary’s Advisory Committee on Human Research Protections (SACHRP; Subcommittee on Children’s Research), the American Psychological Association’s Ethics Code Task Force, the New York State Licensing Board for Psychology, the Society for Research in Child Development (SRCD) Common Rule Task Force, and the American Public Health Association Ethics Code Committee. She served as member of the external advisory board of the NIH Adolescent Brain Cognitive Development (ABCD) Study, the Consensus Panel of the American Psychological Association Therapeutic Responses to Gender Nonconformity, Gender Dysphoria, and Sexual Orientation Distress in Children and Adolescents, the National Academies' Committee on Revisions to the Common Rule for the Protection of Human Subjects in Research in the Behavioral and Social Sciences, the IOM Committee on Ethical Review and Oversight Issues in Research Involving Standard of Care Interventions, the IOM Committee on Clinical Research Involving Children.

A founding editor of the journal Applied Developmental Science, Dr. Fisher is the author of Decoding the Ethics Code: A Practical Guide for Psychologists (4th edition, 2017, Sage Publications); co-editor of eight books, including The Handbook of Ethical Research with Ethnocultural Populations and Communities (2006, Sage Publications) and Research with High-Risk Populations: Balancing Science, Ethics, and Law (2009, APA Publications); and over 200 theoretical and empirical publications in the areas of ethics in medical and social science research and practice and life-span development. Dr. Fisher is well-known for her federally funded research programs focusing on ethical issues and well-being of vulnerable populations, including ethnic minority youth and families, persons with substance use disorders, college students at risk for drinking problems, LGBT youth, and adults with impaired consent capacity. Her recent work addresses ethical issues in psychiatric and social behavioral genomic research. She received the American Psychological Association’s 2017 Outstanding Contributions to Ethics Education Award, the 2010 Lifetime Achievement Award for Excellence in Human Research Protection and was named a 2012 Fellow of the American Association for the Advancement of Science. Recipient of the 2017 American Psychological Association’s Award for Outstanding Contributions to Ethics Education. Dr. Fisher is currently a member of the Data Monitoring Board and NIH/NIDA HEALing Study (HCS) 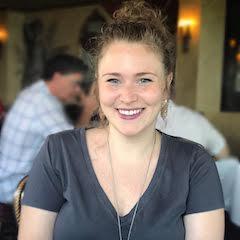 Rachel Bloom is a first-year doctoral student in the Applied Developmental Psychology program at Fordham University. Her major research interests are emotional experiences in dementia, the lifespan developmental impact of adult illness, and the psychological challenges patients face navigating medical systems. Rachel earned her MS in Bioethics from Columbia University, where her work centered on the moral authority of advanced directives in dementia care and resultant implications for clinical treatment junctures. While an undergraduate at Brown University, she assisted with fMRI research examining the effect of early-life stress on default network connectivity. Earlier this fall, Rachel worked with Dr. Fisher and Elise Bragard on a review article about evolving issues with protecting participant privacy and confidentiality in eHealth HIV research. She is currently developing a module on therapeutic misconception for the Center for Ethics Education. 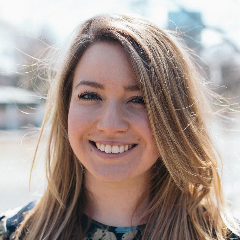 Elise Bragard is a second-year doctoral student in the Applied Developmental Psychology program at Fordham. Her research interests center around adolescent female development, sexuality, and online behaviors. Elise earned a Master's degree in Women's and Gender Studies from the Graduate Center, CUNY. She also holds an MA in Theatre Education from Emerson College and formerly worked as a middle school drama teacher. Elise is from England and received her Bachelor's degree in Mathematics from the University of Bristol. Elise is currently working with Dr. Fisher on a few different research projects: her Master's thesis on adolescent girls' motivations for sexting and a follow-up participant feedback study, a paper about AMSM condom use and bullying, and a review article about the ethical considerations of eHealth in HIV research. 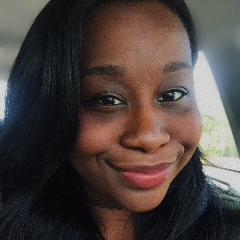 Aaliyah is a second year doctoral student in the Applied Developmental Program at Fordham University. She is interested in bringing a multicultural and social justice perspective to preventative sexual health programs for vulnerable sexual and ethnic minority adolescents and young adults. Working with Dr. Fisher she received a grant from the Gay and Lesbian Medical Association (GLMA) to support her masters research on Predictors of Sexual Health Among Lesbian and Bisexual Black Women who have Sex with Men. She is currently working on a study funded by Dr. Fisher's NIMHD grant assessing barriers and facilitators to participation in surveillance studies involving HIV testing among adolescent males who have sex with males. Abstracts of her research have been accepted for presentation in 2019 at the Society For Research in Child Development and the American Psychological Association, Alliyah also serves as a summer research assistant for Dr. Fisher's NIDA funded HIV and Drug Abuse Prevention Research Ethics Training Institute. Aaliyah earned her bachelor's degree in Psychology from Stetson University with concentrations in Sociology and Gender Studies. 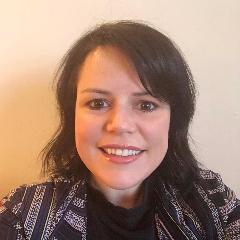 Deborah joined the lab and started her doctoral studies in the Applied Developmental Psychology in Fall 2017. Her major research interest includes the implications of genetic and other biological research on the process of informed consent, developmental psychopathology, and the context for supporting recovery from mental health conditions, social justice, and mental health stigma.
During her first year, she co-authored a publication with Dr. Fisher on the implications of broad consent and the evolving role of Big Data for prevention scientists. She also assisted with Dr. Fisher's NICHD grant to make revisions to training module for American Indian and Alaska Native community researchers to include upcoming changes to the federal regulations on the ethical conduct of human subjects' research. Deborah is currently working on publishing findings from thesis project examining developmental strengths and vulnerabilities that support or hinder well-being for young adults with a history of adolescent psychiatric hospitalization. This study used online questionnaires administered to a sample of young adults who self-report a psychiatric hospitalization during adolescence to investigate the role of self-determination (i.e., need for autonomy, relatedness, and competence), self-stigma, and identity formation on the mental health status and quality of life. She was a winner of the 2019 Association of Psychological Science’s student grant competition for this study.
Prior to joining the lab, Deborah earned her Master’s Degree in Clinical Psychology from the University of Colorado at Denver and her bachelors in Psychology from the University of Virginia. Deborah is returning to academia after working several years on multi-disciplinary research teams conducting applied social research and evaluation. She worked four years as a Senior Researcher at OMNI Institute and has been a Research Scientists at the Office of Mental Health/ Research Foundation for Mental Hygiene since moving to New York in 2010. 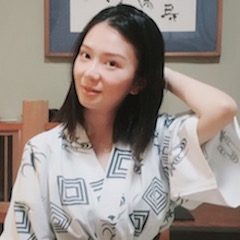 Xiangyu is a first-year doctoral student in the Applied Developmental Psychology program at Fordham. Her research interests center around the consequence and prevention of substance abuse, especially alcohol use and non-medical use of prescription drugs, among sexual and ethnic minority population. Xiangyu is currently working on follow-up program examine respondents’ attitudes towards Elise’s Sexting Survey with Dr. Fisher and Elise Bragard, which seeks to compare adolescent girls’ comfort with answering questionnaire to their comfort with discussing sex related sensitive topics in their every life. Xiangyu earned a Master&#39;s degree in Social Sciences from the University of Chicago, where she wrote her thesis on alcohol use and marital quality in older adults, and a Bachelor’s degree in Psychology from the University of Washington, Seattle. Prior to joining the lab, Xiangyu worked two years as a senior research assistant at China Cochrane Centre, where she worked on the college drinking prevention. 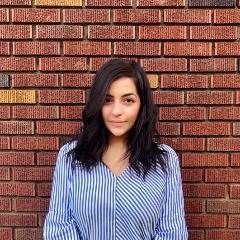 Rimah is the Program Administrator of the NIDA-Sponsored Fordham University HIV and Drug Abuse Prevention Research Ethics Training Institute. She is also the Editor-in-Chief of the Center for Ethics Education Ethics & Society blog. Rimah received her BS in Biology from John Carroll University and her MA in Ethics and Society from Fordham University.