About the Center on Religion and Culture

The Fordham Center on Religion and Culture was founded in 2004 by journalists Peter Steinfels and Margaret O’Brien Steinfels. James P. McCartin, a historian of American Catholicism at Fordham, succeeded them as director in 2011. The current director is David Gibson, a veteran journalist and author, who joined the CRC in 2017. 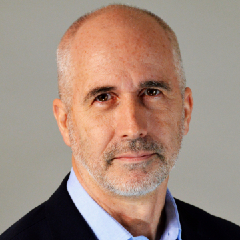 David Gibson was appointed the director of the CRC in July 2017, coming to New York’s Jesuit university after a long career as an award-winning religion journalist, author, and filmmaker. He is also a convert to Catholicism and he came by all those vocations by accident--or Providence--while working at the English Program at Vatican Radio in Rome in the late 1980s. He returned to the United States in 1990 and worked for newspapers throughout the New York area and has written for a variety of magazines and periodicals.

Gibson is the author of two books on Catholicism: The Coming Catholic Church: How the Faithful are Shaping a New American Catholicism and The Rule of Benedict: Pope Benedict XVI and His Battle with the Modern World. He co-wrote and co-produced several documentaries on Christianity for CNN and the History Channel and co-authored a book on biblical archeology, Finding Jesus: Faith. Fact. Forgery, the basis of a popular CNN series of the same name.

Before coming to Fordham, Gibson worked for six years as a national reporter at Religion News Service and specialized in coverage of the Vatican and the Catholic Church. Gibson is a frequent media commentator and op-ed writer on topics related to the Catholic Church and religion in America. 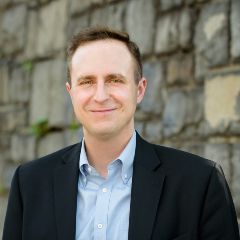 David Goodwin joined the CRC in February 2019 after serving as a librarian at the Maloney Library at the Fordham University School of Law for twelve years. During his tenure at the library, he created the Behind the Book series, a program bringing together university and law school scholars to discuss contemporary issues.

Goodwin is an urban historian and has spoken widely about the relationship between artists, cities, and gentrification. He is the author of Left Bank of the Hudson: Jersey City and the Artists of 111 1st Street. Goodwin is a Frederick Lewis Allen Room fellow at the New York Public Library and he is writing a biography of author H.P. Lovecraft and New York City.

If you are interested in receiving notifications about our upcoming events send us an email at CRCevent@fordham.edu.