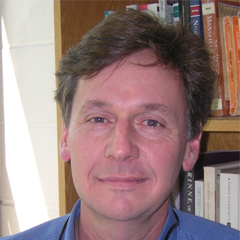 Frank Boyle's publications include Swift As Nemesis: Modernity and its Satirist (Stanford, 2000) and numerous articles on eighteenth-century subjects, including the essay on Swift in the recent Blackwell Companion to Satire. He is an editor of Scriblerian, and chairs Fordham's Eighteenth Century Study Group and the New York Eighteenth Century seminar. He finished a faculty fellowship in 2009 during which he drafted Swift and the Brain (working title), which was introduced to Fordham as the lecture "Pandemonium in the Dressing Room: Representation and the (Early) Modern Brain."