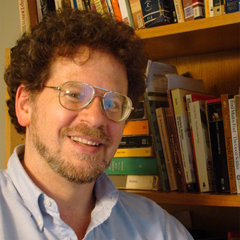 Leonard Cassuto is the author or editor of nine books on American literature and culture, most recently The New PhD: How to Build a Better Graduate Education (with Robert Weisbuch; 2021) and The Graduate School Mess: What Caused It and How We Can Fix It (2015), both inspired by his monthly column, “The Graduate Adviser,” for the Chronicle of Higher Education. Other recent books include The Cambridge History of the American Novel (General Editor, 2011), and The Cambridge Companion to Baseball (2011), winner of the Best Anthology Award from the North American Society of Sports Historians. His Hard-Boiled Sentimentality: The Secret History of American Crime Stories was nominated for the Edgar and Macavity Awards and named one of the Ten Best Books of 2008 in the crime and mystery category by The Los Angeles Times. Cassuto is also an award-winning journalist who writes on subjects ranging from science to music, in venues from The New York Times to salon.com. His website is www.lcassuto.com.