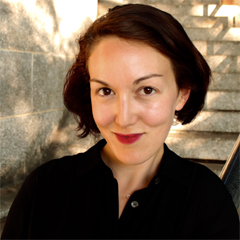 Shonni Enelow is the author of Method Acting and Its Discontents: On American Psycho-drama, (Northwestern University Press, 2015), for which she won the 2015–2016 George Jean Nathan Award for Dramatic Criticism. She is the co-author, with Una Chaudhuri, of Research Theatre, Climate Change, and the Ecocide Project (Palgrave Macmillan, 2014), which includes her play, Carla and Lewis. Other scholarly publications include articles for Theater, Theatre Survey, and Theatre Topics. She has additionally written for Film Comment, Reverse Shot, and the Criterion Collection, and also writes for the theater. She has recently taught courses on the avant-garde, modern drama, dramaturgy, modernism and fashion, ecology and representation, gender and sexuality, and the theories of comparative literature.