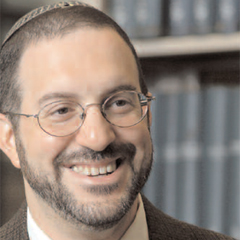 Moshe Gold is an Associate Professor of English.  He researches and teaches courses in literary and critical theories, modernisms, film, short stories, and James Joyce.  For over thirty years, he has delighted and instructed both undergraduate and graduate students in his courses on Horror films, ethics, and fiction.  A co-editor of the Joyce Studies Annual, Gold has published on James Joyce, Plato, Emmanuel Levinas, Jacques Derrida, and the Talmud in a variety of academic journals such as Representations, Symploke, ELT, Criticism, Joyce Studies Annual, James Joyce Quarterly. He has lectured publicly on an eclectic range of topics such as pedagogy, hermeneutics, Joyce, film, and Hemingway.  In addition, he has published essays in Levinas and Medieval Literature and in Of Elephants and Toothaches: Ethics, Politics, and Religion in Krzysztof Kieslowski’s Decalogue.  Recently, he co-edited and contributed to the collection of essays entitled Of Levinas and Shakespeare: ‘To See Another Thus.’