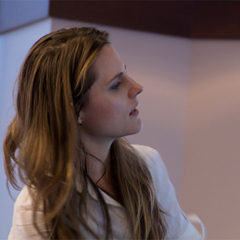 Lea Puljcan Juric's  areas of interest include British, Postcolonial, and European Renaissance literature. She has published a book, Illyria in Shakespeare’s England (Fairleigh Dickinson University Press, 2019), and several articles, including "Illyrians in Cymbeline," English Literary Renaissance 42.3 (Autumn 2012); "‘‘Ragusine’ and eastern Adriatic piracy in Shakespeare’s plays," Shakespeare Jahrbuch: Seafaring, Shipwrecks and Maritime Adventures 148 (April 2012); "Shakespeare’s ‘Bargulus, the strong Illyrian pirate,’” Notes and Queries 58.2 (June 2011); and two essays on pedagogy. Dr. Juric has presented her work at local and national symposiums and conferences, including the annual meetings of the Shakespeare Association of America, the Renaissance Society of America, and the Sixteenth-Century Society. She has won fellowships and rewards, such as the National Endowment for the Humanities Summer Institute Grant; the Newberry Library Short Term Fellowship in the History of Cartography, and the Folger Institute Dissertation Seminar. Besides teaching, she has worked as a translator for several languages and an editor in commercial and academic publishing.