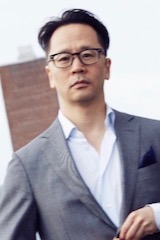 James Kim is Associate Professor of English and Comparative Literature.  His scholarship has appeared in Camera Obscura, The Eighteenth Century: Theory and Interpretation, Eighteenth-Century Fiction, MELUS, and Asian American Literature in Transition, 1965-1996, edited by Asha Nadkarni and Cathy Schlund-Vials.  Since 2016, he has co-directed the Seminar on American Studies at Columbia University.  Before arriving at Fordham, he was Minority Scholar-in-Residence at Pomona College.  In Fall 2018, he taught as a Visiting Associate Professor of American Studies at Princeton University.