Undergraduate
Texts & Contexts:
Art of the Graphic Novel
Melville
Theory for English Majors
Literature and Politics in
the Early US
Ordinariness 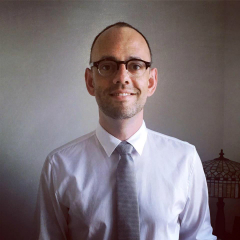 Jordan Alexander Stein's research focuses on methods for literary history––with particular interest in the ways that social identities (including religion, race, and sexuality) inflect material practices (like reading, editing, or printing).  With Justine S. Murison he co-edited a special issue of Early American Literature on "Methods for the Study of Religion" in 2010, and with Lara Langer Cohen he co-edited Early African American Print Culture (University of Pennsylvania Press, 2012). Professor Stein's research has been supported by fellowships from the Library Company of Philadelphia, the New-York Historical Society, and the Historical Society of Pennsylvania. In 2012, he co-directed the American Antiquarian Society's summer seminar in the history of the book, on "African American Cultures of Print."  A scholarly monograph on seventeenth- and eighteenth-century reading in the Protestant Atlantic, When Novels Were Books, was published in 2020 with Harvard University Press.  Stein also writes critical non-fiction for venues such as Avidly, The Awl, The Los Angeles Review of Books, Public Books, Salon, and Slate.  A book-length extension of this work, on reading literary theory in the 1990s, was published on the "Avidly Reads" series from NYU Press in 2019. Other present and future research topics include the curation of Paul de Man’s archives, translations of Herman Melville's writings into European languages, and Nina Simone’s civil rights recordings.