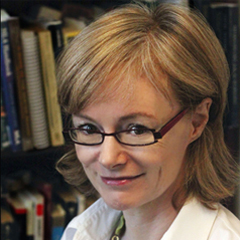 Mary Bly is the author of Queer Virgins and Virgin Queans on the Early Modern Stage (Oxford, 2000). She is currently working on The Geography of Fashion; some of this work has been published in the PMLA and the collection City of Vice. Other articles include "Defining the Proper Members of the Early Modern Theatrical Community” in Renaissance Drama 40 and “The Lure of a Good Satin Suit: London’s Sartorial Seduction” in A Handbook of Middleton Studies (Oxford, 2012).