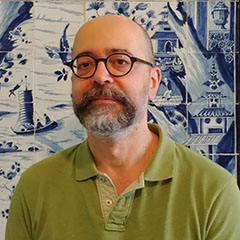 Giorgio Pini's area of specialization is medieval philosophy. His research focuses on the metaphysics, theories of cognition, and philosophical theology of John Duns Scotus and other later medieval thinkers, such as Thomas Aquinas, Henry of Ghent, and Giles of Rome. He is particularly interested in tracing the consequences of theological debates on philosophical issues.

He has recently published the critical edition of an hitherto unedited commentary on Aristotle's Metaphysics by Duns Scotus (called Notabilia super Metaphysicam). His current projects include: (1) writing a monograph on God and metaphysics in Duns Scotus; (2) editing a collection of specifically commissioned essays on Duns Scotus; (3) exploring medieval views on the possibility of doing evil for evil's sake.