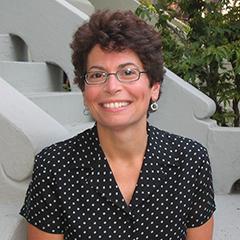 Dr. Aronson holds a BA from Princeton University and a PhD from Columbia University, and is a co-editor of the international quarterly, Media History. Her latest book, Crystal Eastman: A Revolutionary Life (Oxford University Press), recovers the story of the twentieth-century feminist, labor lawyer, anti-war activist, and radical journalist who co-founded the National Woman’s Party and the International League for Peace and Freedom, is credited as a co-author of the Equal Rights Amendment, and engineered the founding of the ACLU.

Aronson’s primary research area is media history with a focus on American magazines. Within that frame, she focuses on gender, including femininity and masculinity studies. A scholar-practitioner, she was an editor at Working Woman and Ms., and her work has also appeared in such publications as Business Week, Global Journalist, Esquire UK, Working Mother, Diversity Journal, and the Boston Globe.

“Recovering the ‘Most Neglected Feminist Leader of the Twentieth Century’: Crystal Eastman, Historical Memory, and the Bequest of an Intersectional Inheritance.” Women’s Studies Quarterly 48:1-2 (Spring/Summer 2020).

“America’s First Feminist Magazine: Transforming the Popular to the Political.”  In Nineteenth-Century Media and the Construction of Identities (London: MacMillan, 2000).