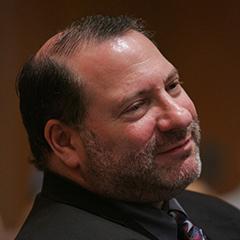 Lance Strate is Professor of Communication and Media Studies at Fordham University, and has previously served as Department Chair, Associate Chair for Graduate Studies, Associate Chair for Undergraduate Studies, and Program Director for the Professional Studies in New Media major he developed for Fordham’s School of Professional and Continuing Studies. He held the Harron Family Endowed Chair in Communication at Villanova University in 2015 as a visiting professor, and was given an honorary appointment as Chair Professor at Henan University in Kaifeng, China in 2016.

Prof. Strate is internationally recognized for his scholarship, intellectual leadership, and creative activities. He is the author of 8 books, including On the Binding Biases of Time, Amazing Ourselves to Death, and Media Ecology: An Approach to Understanding the Human Condition, and 2 poetry collections. He is the editor for the Understanding Media Ecology book series published by Peter Lang, previously for the Media Ecology book series put out by Hampton Press, and an editor for NeoPoiesis Press, which he helped to establish; moreover, he has served as editor of 3 journals, including as founding co-editor of Explorations in Media Ecology, and co-edited 7 anthologies. He serves on the editorial board of a number of journals, including the Atlantic Journal of Communication; ETC: A Review of General Semantics; Afterimage: The Journal of Media Arts and Cultural Criticism; the Journal of Communication and Religion; and Media Ethics; and the advisory board of Anekaant: A Journal of Polysemic Thought; and the Latin American International Co-Edition of Communicar: Media Education Research Journal.

Dr. Strate’s scholarship ranges across a wide variety of topics within the field of communication and across many different disciplines. He is well known for his work in developing the field of media ecology, with special attention to the work of Marshall McLuhan, Walter Ong, and Neil Postman, as well as for his contributions to the study of new media and digital technologies, popular culture, and symbolic communication. He has studied, explored, and written about subjects as diverse as Aristotelian metaphysics, autism, baseball, beer commercials, celebrities, cell phones, cities, consciousness, drugs, education, ethics, film, heroes, information, language, listening, memory, narrative, nationalism, news, perception, poetry, politics, religion, science fiction, the sense of self, space, systems, television, time, and Tolkien. He is currently engaged in several research projects including an examination of the relationship between time and technology; a theoretical investigation of semantic ecology; an overview of the evolution of media environments; and a philosophical study of Marshall McLuhan.

Lance Strate is currently President of the Institute of General Semantics, having previously served as the IGS Executive Director; he is the founder of the Media Ecology Association, and served as MEA President for over a decade; and he is also Past President of New York State Communication Association, the New York Society for General Semantics, and currently Co-Chair of the Global Listening Centre’s Academic Board. Additionally, he serves on the Advisory Board of the International Bateson Institute, the Scientific Board for the MA Program in Digital Communications of the Universidad de Los Hemisferios in Ecuador, and as Academic Counselor for the Institute of Communication and Media at Henan University in China. Active in his community, Lance Strate is a Trustee and Past President of Congregation Adas Emuno in Leonia, New Jersey, and serves as an advisor for several autism groups in Northern New Jersey.

Prof. Strate has received numerous honors and awards, including the Media Ecology Association's 2013 Walter J. Ong Award for Career Achievement in Scholarship, and their 2018 Marshall McLuhan Award for Outstanding Book, for Media Ecology: An Approach to Understanding the Human Condition; the New York State Communication Association's John F. Wilson Fellow Award in recognition for exceptional scholarship, leadership, and dedication to the field of communication in1998 and their Neil Postman Mentor Award in 2018; the Eastern Communication Association's 2019 Distinguished Research Fellow Award; and the Global Listening Centre’s Outstanding Research Award in 2020. He delivered the 2018 Alfred Korzybski Memorial Lecture sponsored by the Institute of General Semantics; was one of the Malahat Review’s Twitter Monostich Poetry Contest Winner in 2012; received the June 2003 Book of the Month Award from the Resource Center for Cyberculture Studies for the anthology he co-edited, Communication and Cyberspace: Social Interaction in an Electronic Environment (2nd edition); and was presented with the Proclamation by Mayor Wellington E. Webb "that February 15, 2002 be known as Dr. Lance Strate Day in the City and County of Denver" in honor of the keynote address he delivered at the 2002 Convention of the Rocky Mountain Communication Association. Translations of his writing have appeared in French, Spanish, Italian, Portuguese, Hungarian, Hebrew, Mandarin, and Quenya.

Diatribal Writes of Passage in a World of Wintertextuality: Poems on Language, Media, and Life (but not as we know it).  Forest Hills, NY:  Institute of General Semantics, 2020.