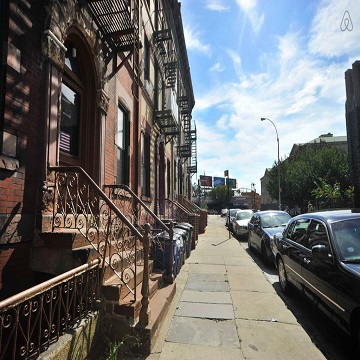 Fordham's Bronx African American History Project is regarded as one of the premier community based oral history projects in the United States. Founded in the spring of 2002 in collaboration with the Bronx County Historical Society, the BAAHP has conducted over 300 full length interviews with African American political leaders, educators, musicians, social workers, business people, clergy. athletes and leaders of community based organizations who have lived and worked in the Bronx since the late 1930s, along with a small number of their Latino and white neighbors and co-workers.

The interview collection, now housed in Fordham libraries, documents the mass migration of African Americans and West Indians from Harlem to the Bronx in the 1930s, 1940s and 1950s and the emergence of large Black communities in the Morrisania and Hunts Point; the growth of multiethnic musical cultures in the Bronx where jazz, Latin music, and rhythm and blues were performed and appreciated; the founding and growth of churches, political clubs and civil rights organizations serving the Bronx's Black communities; the role of public schools and community centers in guiding and mentoring Bronx youth before and after the wave of arson that swept through the Bronx in the 70's; the role of community activism, hip hop culture, and West Indian and African migration in revitalizing once devastated Bronx neighborhoods and many other subjects.

The interviews, all conducted by scholars associated with Fordham's Department of African and African American Studies, provide an in depth portrait of the cultural, political, and social history of Bronx Black communities as seen through the eyes of a diverse group of neighborhood residents.