In This Section
Learn About Our Projects and Research 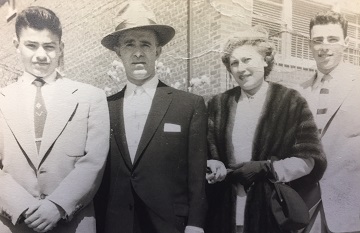 Family portrait taken in 1952 at St. Nicholas of Tolentine church

In collaboration and with support from the Bronx African American History Project (BAAHP), we situate our work within a fabric multi-ethnicity and to thus develop a more in-depth knowledge of the relations between neighborhoods in the Bronx that have been home to individuals of African, Irish, Jewish, and Spanish descent.

Our project has been made possible by generous support from the Calandra Italian American Institute, the Bronx African American History Project, individual donors and Fordham’s Office of Research.