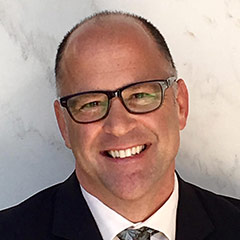 Jerry White is a Peace Nobel laureate and award-winning teacher, activist and transformative leader known for conducting high-impact campaigns. Three of which led to major international treaties: the Landmine Ban Treaty, the U.N. Convention on the Rights of Persons with Disabilities; and the Cluster Munitions Ban. He shares in the 1997 Nobel Prize for Peace awarded to the International Campaign to Ban Landmines. White served as U.S. Deputy Assistant Secretary of State.

At Fordham, he advises the LPO area on how values-based leadership, entrepreneurship and personal development can be fused to enhance teaching outcomes to empower changemakers.

A Senior Ashoka Fellow, White served as U.S. Deputy Assistant Secretary of State to launch the Bureau of Conflict and Stabilization Operations. He is President of JW Impact Strategies, LCC, and a Professor of Practice in Religion and Political Science at the University of Virginia.