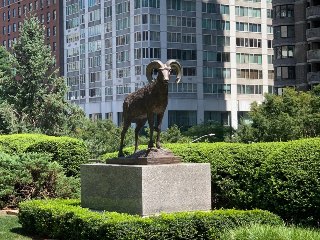 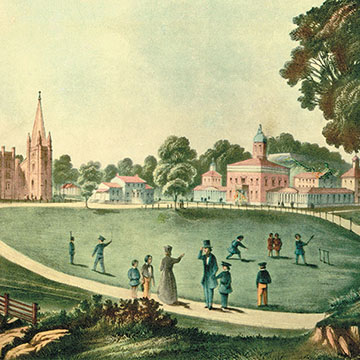 Early view of St. John's College (Fordham University). Our University Church is on the far left in the background, and Cunniffe House on the right.

In 1841, John Hughes, the Catholic bishop of New York, originally opened St. Johns College at Rose Hill, in the village of Fordham, then part of Westchester County, and later, The Bronx of New York City. In 1846, a group of Jesuits moved from Kentucky to run the young college on the condition of being allowed to open a church and school in the city proper. 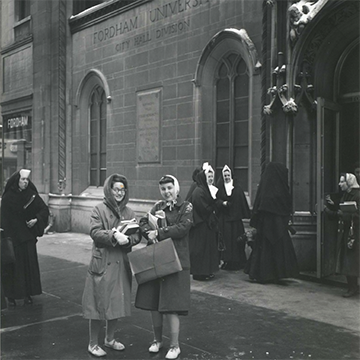 While Fordham College at Lincoln Center was founded in 1968, the college has a lengthy prehistory, dating to the mid-19th century. In September 1847, the University opened a school on Manhattan's Lower East Side near the edge of the notorious Five Points neighborhood. A devastating fire just a few months later forced the new school to move to the basement of St. James Catholic Church. In the following years, the school operated in the East Village, on West 15th Street from 1850, and by the early 20th century, the Woolworth Building, then the world's tallest building, from 1916 to 1943. Then the Vincent Building at 302 Broadway served as the home for Fordham in Manhattan from 1943 to 1968. 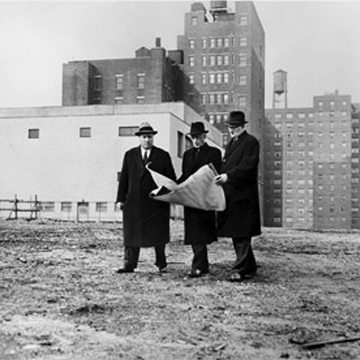 During the last 45 years, the college has had a remarkable record of achievement, including alumni who have gone on to outstanding careers as stars of stage and screen, as writers and producers, as financial and business leaders, as practitioners of law, medicine, and religion, and as political and civic leaders. In 2014, Fordham opened a state-of-the-art residence hall on the 11th through 22nd floor of McKeon Hall. McKeon Hall, with its towering views of Manhattan and surrounding areas, is specifically designed to foster community among its residents, the first-year class. In 2017 the Lincoln Center campus unveiled a new bronze ram statue designed to mirror the one located on the Rose Hill campus. Both statues were created by sculptor Harry M. Stierwalt Jr. and display the beloved Fordham ram mascot. 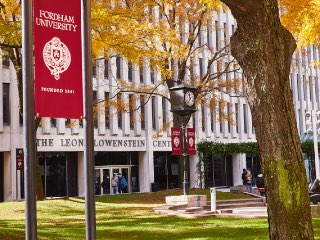 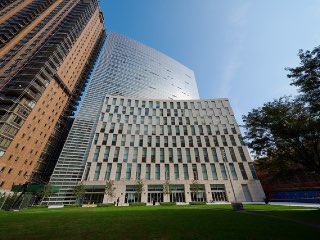