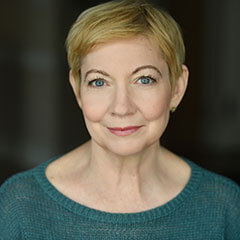 Regional Favorites:  The Piggy Bank and The Misanthrope at The Guthrie directed by Garland Wright, Prayer for my Enemy at Hartford Stage directed by Bart Sher, and Lloyd's Prayer at Actors Theater of Louisville directed by Kenneth Washington.

TV/Film:  Margaret Mead and The Man Who Came to Dinner for PBS, The Good Wife, Law and Order, Sopranos, Rescue Me, The Beat, Prairie Home Companion and Dave Chappell Show.

Julie is the recipient of a Fox Foundation Acting Grant. 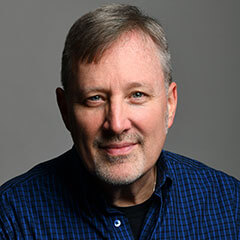 John McDaniel is a Grammy and Emmy Award-winning Music Director, Composer, Director, Arranger, Orchestrator & Producer and is an Artistic Director at the Tony Award-winning O’Neill Theater Center. Recently he directed Sondheim Originals at 54 Below, Piano Men at Birdland, Into The Woods & Hair in Concert at the historic Patchogue Theater.

On Broadway: Bonnie and Clyde (Drama Desk Nomination, Best Orchestrations), Catch Me If You Can, Brooklyn (Producer and Orchestrator), Annie Get Your Gun (Grammy Award), Taboo, Chicago, Grease, Patti LuPone on Broadway, and Company – the Original Cast in Concert at Lincoln Center.

John received a BFA in Drama from Carnegie Mellon University. 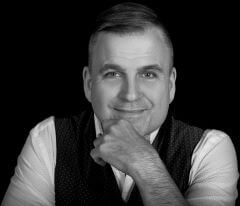 David Sabella is an award winning singer and actor. He is co-author (with Sue Matsuki) of “So You Want to Sing Cabaret,” (2020, Rowman & Littlefield). He is also one of NYC’s most sought-after voice & performance coaches (www.davidsabella.com) and the owner and Editor-in-Chief of www.CabaretHotspot.com.

In his performance career, David Sabella made history during the 1995 Luciano Pavarotti International Voice Competition when Maestro Pavarotti publicly declared him to be “excellent… not good, Excellent!” Soon after that he originated the co-starring role of “Mary Sunshine” in the 1996 revival of CHICAGO with Bebe Neuwirth, Ann Reinking, and Joel Grey. He appeared with Chita Rivera at Mandalay Bay (Las Vegas) and later returned to the Broadway company with Melanie Griffith as Roxie Hart, where he remained until 2004. He also worked on The Visit, Kander & Ebb’s last collaboration, for which John Kander wrote the role of Luis Perch especially for him. Sabella received an “Outstanding Lead Actor in a Play” award from the Fresh Fruit Festival for his work in The Phillie Trilogy. He also starred as Julian Eltinge in Jules, and as both male and female leads in Kiss and Make Up (written specifically for him) at the New York International Fringe Festival.

As a voiceover artist, Sabella appeared on several network television cartoon series, including Peter Pan and the Pirates for FOX and Teacher’s Pet for Disney.

Professor Sabella has been on faculty at Fordham University since 2012. Additionally, he served on several other faculties including, Montclair State University, NYU Tisch School of the Arts/CAP 21 Studio, and SUNY at Purchase and New Paltz. He was President of the New York Singing Teacher’s Association (2008-2014), and is a member of the National Association of Teacher’s of Singing. 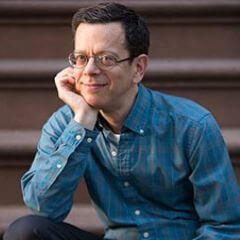 David Gaines is a NYC based pianist/musical director/arranger.  He’s currently a member of the faculty of Juilliard’s Drama Division, where he has worked as a vocal coach since 2010. He has also worked extensively as music director/coach with NYUs Graduate Acting Program.

As Musical Director, he has worked with cabaret artists such as Andrea Marcovicci, Penny Fuller, KT Sullivan, Jeff Harnar and many others.

Served on the Acting Department faculty of CAP21 Musical Theatre Conservatory for 20 years teaching in the NYU, Professional, Summer and Molloy College programs.

A Master Teacher of Vocal Performance, Mana’s former students are appearing, or have appeared, in dozens of Broadway shows, including Hamilton, School of Rock, Spring Awakening- OBC and Deaf West, Something Rotten, A Gentleman’s Guide to Love and Murder, Fiddler On The Roof, Beautiful, Les Miserables, Dames at Sea, Finding Neverland, Wicked, Amazing Grace, The King and I, The Book Of Mormon, Mamma Mia, Big Fish, First Date, Holler if Ya Hear Me, Newsies, The Scottsboro Boys, and Once as well as in Off Broadway productions including Natasha, Pierre and the Great Comet of 1812, Giant and Here Lies Love.Her students are also represented in national, regional and international productions, in web series and on television.

Mana appeared on Broadway in the original productions of Merrily We Roll Along and Smile.

Mana serves as a permanent volunteer to the Curator of Exhibitions and to the Artistic Producer of events at the New York Public Library for the Performing Arts at Lincoln Center. Member of AEA, SAG, AFTRA, the DGA and the TEDxEast community.

Mana hails from a musical theatre family and her stories appear in Jennifer Ashley Tepper’s book series, “The Untold Stories of Broadway” (Volumes One and Two).

Upcoming projects include Empire The Musical (La Mirada), 110 In The Shade (Ford’s Theatre) and the American premiere of Frank Wildhorn's The Count of Monte Cristo (Pioneer Theatre).

Dodge is also a teacher, a wife, a mother, a published and produced playwright and a proud executive board member of SDC. For more, visitwww.marciamilgromdodge.com.

Other past visitors have included: Bart Sher, Michael Grief, Mark Brokaw, and Victoria Clark, to name a few.