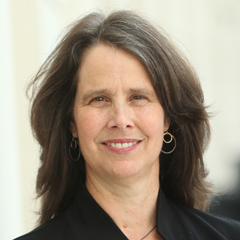 Swinth is the author of Feminism’s Forgotten Fight: The Unfinished Struggle for Work and Family (Harvard, 2018) and Professionals: Women Artists and the Development of Modern American Art, 1870–1930 (University of North Carolina Press, 2001), and she edited the collection of documents under the heading “How Did Settlement Workers at Greenwich House Promote the Arts as Integral to a Shared Social Life?” that was published in Women and Social Movements in the United States, 1600–2000 (Alexander Street Press, 2006). Her research and teaching focus on women, work, and family, with a concentration most recently on working mothers. Swinth’s commentaries have been featured on cnn.com, WNYC, and NPR’s To the Point, and have appeared in The Huffington Post and The Christian Science Monitor. She is a former chair of Fordham’s Department of History, a Truman Scholar, and a recipient of fellowships from the American Council of Learned Societies and the Getty and the Mellon foundations. In 2017, Fordham recognized her for excellence in undergraduate teaching in the social sciences.