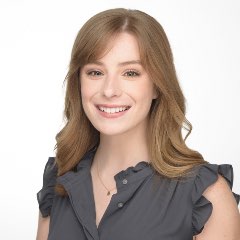 Bio: Elizabeth grew up in Tampa, Florida before moving to New York to pursue Political Science at Fordham. Her research focuses on the gendered impacts of armed conflict, and she hopes to continue her International Relations education after graduation.

Title of Research: Addressing Conflict-Related Sexual Violence: Efficacy of National Action Plans in Liberia and Côte d’Ivoire
Mentor: Ms. Anjali Dayal
Abstract: Twenty years after the passage of United Nations Security Council Resolution 1325, conflict-related sexual violence remains a persistent problem. In this paper, I survey the literature on causes of conflict-related sexual violence in order to identify avenues for policymaking. I then compare the national action plans of two states – Liberia and Côte d’Ivoire – to evaluate which causes from the literature they seek to address. I argue that the Liberian plan has been more effective than the Ivorian plan because it focuses on building strong institutions with the specific mandate to deliver accountability for sexual violence. The Liberian government has also demonstrated a greater commitment to adapting and improving their policies as new research on their effectiveness becomes available. While accountability for sexual violence in Liberia is still difficult to achieve, women in Liberia report relatively high levels of optimism toward formal systems of justice. This suggests that the Liberian model of addressing sexual violence has the potential to serve as an example for policy programs elsewhere.