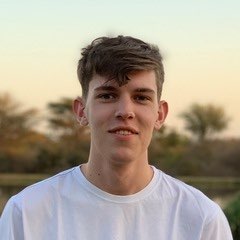 Bio: Jonathan was born and raised in Johannesburg, South Africa. He moved to New York to pursue a degree in Integrative Neuroscience at Fordham University where he began to engage in academic research. Upon completion of his undergraduate degree, he hopes to pursue a PhD in Clinical Psychology.

Title of Research: CRISPR/Cas9 as an approach to assess the role of REST in regulation of kcc2-dependent inhibitory activity
Mentor: Dr. Alma Rodenas-Ruano
Abstract: The balance between neural excitation and inhibition is critical for healthy cognition and behavior. Inhibitory synaptic activity is largely dependent on the expression of the kcc2 gene which begins at a critical point during embryonic development. The mechanisms which trigger the expression of kcc2 are unknown; however, one possibility is that epigenetic mechanisms are responsible for its activation. Regulation of kcc2 gene expression has been linked to the presence of a repressor element (RE-1) located on a portion of the kcc2b gene. RE-1 is a binding site that has been shown to repress kcc2b expression when bound to a transcriptional repressor complex known as REST (Yeo et al., 2009). This project aims to assess whether REST directly represses kcc2. Here, we created zebrafish kcc2 mutants using CRISPR/Cas9 gene editing technology. For the kcc2b isoform a mutant was created with a deleted REST binding site. In order to address potential compensatory mechanisms through the kcc2a isoform, we knocked the gene down entirely. Preliminary data suggests that our sequences for the kcc2b isoform combined with Cas9 varied in efficiency ranging from 37% to 80%, while the sequence for the kcc2a isoform had an efficiency of 90%. Ultimately, our goal is to make three mutants, one for each isoform and a combined mutant with both, to test kcc2 expression and function.