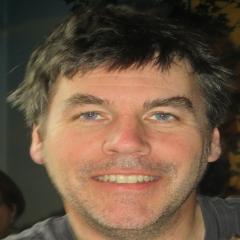 John Chelsom has worked for over 30 years in the field of Health Informatics.

He qualified with a degree in Engineering Science from the University of Oxford and a PhD from City University, London, where he studied the application of artificial intelligence in medicine. He has been a Visiting Professor in Health Informatics at City University, London and is an Adjunct Assistant Professor at the University of Victoria, Canada. He is a consultant for the World Bank where he is an invited expert on Telemedicine, publishing a handbook for Rural Telemedicine in Ukraine.

In the 1990's he was heavily involved in the application of open standards for structured information in the publishing, automotive and healthcare sectors. He started a company which developed the first web-based Electronic Health Records (EHR) product deployed in the England's National Health Service (NHS). This product went on to form the foundation of the Summary Care Record in England's National Health Service, starting in 2004.

As well as EHR systems, John was also responsible for the first online versions of the BMJ's Clinical Evidence product, the first XML production system for the British National Formulary and was a proposer of the Open Document Format for Office Applications.

In 2010, he started the Open Health Informatics research programme at City University, London. This research led to the development of the open source cityEHR – an ontology-based health records system, based on open standards, interfaces and development practices. cityEHR is now deployed as an operational EHR in several hospitals in England and is used for teaching students in health informatics. 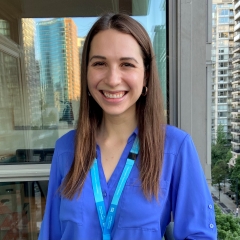 Stephanie Cabrera obtained her Bachelor of Science in Nursing in 2014 from McGill University. She has been working as a Registered Nurse for six years in critical care units in Houston, Vancouver, and Montreal. While working in these technologically complex environments, Stephanie observed the value of well-designed health information technology to better support clinical practice and delivery of safe patient care. The need for optimizing these systems motivated her to pursue a combined Master of Health Information Science and Master of Nursing at the University of Victoria, completing in 2023.

Most recently, Stephanie has worked in Vancouver (Canada) and Oxford (United Kingdom) through various co-op programs. In Vancouver, she helped with the planning and implementation of an Electronic Health Record (EHR) at a rural community hospital and tertiary-care center. In Oxford, she built an open-source EHR application for a Fracture Prevention Clinic, with a focus on features for internationalization, tested in English, Spanish and Mandarin. Stephanie continues to work on the design, development, and implementation of open-source EHRs in diverse healthcare settings. 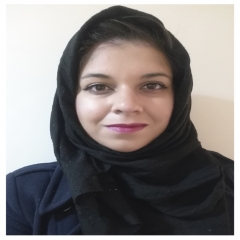 Naveed Dogar completed her undergraduate degree in Biomedical Informatics at St. George’s Medical School where the focus of her dissertation was on Biometrics. She then went on to complete her Masters in Health Informatics at City University, London. The topic of her Masters dissertation was ‘Clinician-led Development of an Open Source EHR’, whereby a simple spreadsheet was used as a tool for clinicians to design and deploy their own enterprise-scale health records systems. She presented her work at the Royal Society of Medicine, the International Clubfoot conference and at ITCH, an IT and healthcare conference in Victoria, Canada. Naveed also won an excellence in education award by the Ahmadiyya Muslim Community for attaining a distinction and graduating 2nd highest in her cohort. After graduating, she continued her final project in collaboration with staff at Chelsea and Westminster Hospital in London, to deliver an open source Electronic Healthcare Record (EHR) for the clubfoot clinic.

She was employed as a clinical analyst on projects implementating open source EHR systems at Nottingham University Hospital and at the Nuffield Orthopadic Centre in Oxford, where the EHR continues to support the Fracture Liaison Service as a tool for both routine clinical care and clinical research studies.

Naveed is currently undertaking a DPhil at the University of Oxford, where her work focuses on the internationalisation of open source EHRs, combining her research studies with being a mother to two young boys.

She also serves as a vice chair for the Ahmadiyya Muslim Women’s research association, which encourages young muslim women to pursue research STEM careers. Her aspirations are to increase access to basic healthcare needs in developing countries. 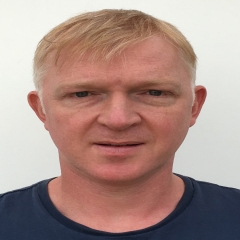