Pioneering Women in Philanthropy at Fordham 2018 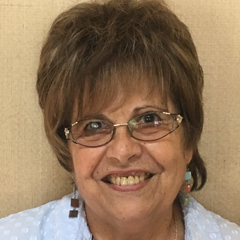 Upon her retirement in 2016, Rosemary Santana Cooney’s contributions to Fordham University spanned 42 years, first enriching the University’s academic life, then adding to the ongoing success of its Rose Hill campus. She was hired as an assistant professor of sociology in 1974, and in 2000 began work as an administrator in the Fordham College at Rose Hill dean’s office. In her role as associate dean, Cooney brought a steady hand to such administrative intricacies as registering several thousand students in hundreds of courses, implementing a new core, and mastering an increasingly complex budget.

Cooney earned a bachelor’s degree from Florida State University in 1969, followed by an M.A. in 1971 and a Ph.D. in 1973, both in sociology and both from the University of Texas at Austin. By 1977 she was listed in Outstanding Young Women of America; three years later she was included in International Who’s Who in Education. Focusing on issues of inequality and social justice, she has written about labor, family life, immigration, and civil rights in China, Puerto Rico, and the continental United States. She has published numerous scholarly articles, many of which she co-authored with her students. Named “Teacher of the Year” in 1987 by the Graduate Student Association of Fordham University, Cooney was honored once again in 1994 with the Bene Merenti Medal.

Cooney and her husband, Patrick (who earned an M.B.A. from Fordham University in 1979), met in high school and married during their junior year of college. They collaborated on Discovering the Mid-Atlantic: Historical Tours (Rutgers University Press, 1991), a guide book geared toward amateur historians and parents hoping to spark their children’s interest in the past, for which Cooney contributed all the photographs.

With her husband, Cooney recently established an endowed scholarship to provide financial aid to undergraduate students at Fordham.