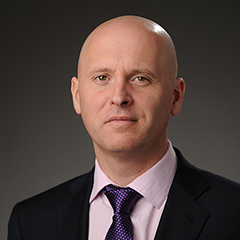 Miguel Alzola specializes in ethical theory, particularly virtue ethics, as well as applied ethics. His current research focuses on virtue ethics and moral psychology. Professor Alzola is interested in the nature and psychological status of the virtues and the role of character in normative ethics and organizational behavior. He also is pursuing research on collective agency and the moral responsibility of groups. Within this field, his topics include human-rights obligations, corporate political activities, transnational bribery, and corporate and civilian responsibilities in wartime.