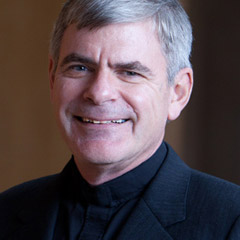 Paul McNelis holds the Robert Bendheim Chair in Economic and Financial Policy at the Gabelli School of Business, where he has been on the faculty since 2005. He previously was an economics professor at Georgetown University. Born in Hazleton, Pennsylvania, where his father was an official of the United Mine Workers and his mother worked for the state unemployment office, Professor McNelis completed his theological studies and was ordained as a Catholic priest for the Maryland Province of the Society of Jesus in 1977.

Professor McNelis has worked with various international development organizations in Washington as well as with several central banks, such as the Central Bank of Ireland, the Reserve Bank of Australia, the Reserve Bank of New Zealand, the Bank of Indonesia, the Hong Kong Monetary Authority and the Bank of Japan. He was a visiting professor at Trinity College, Dublin, in 1986-1987; the first Philips visiting professor at the Vargas Foundation in Sao Paulo, Brazil, in 1994-1995; and the Gasson Professor of Economics at Boston College in 2001-2002. He has taught in multiple languages, offering short courses in Portuguese and Spanish on neural networks and finance.

His writings are in the field of computational macroeconomics, concentrating on problems of adjustment and financial liberalization in Latin America and Asia. His current research is on applications of neural networks and genetic algorithms for predicting exchange-rate and asset-price instabilities, for assessing the effects of alternative monetary aggregates on inflation and interest rates in the short run, for evaluating credit risks in emerging markets, and for solving real business-cycle models.

Hobbies and Other Interests when not doing Economics, Finance, or Theology:

Music, especially Irish and Brazilian folk and popular music, such as Phil Coulter and Alceu Valenca.

Note: Barracking has nothing to do with our former President, it is Aussie speak for cheering on a team.