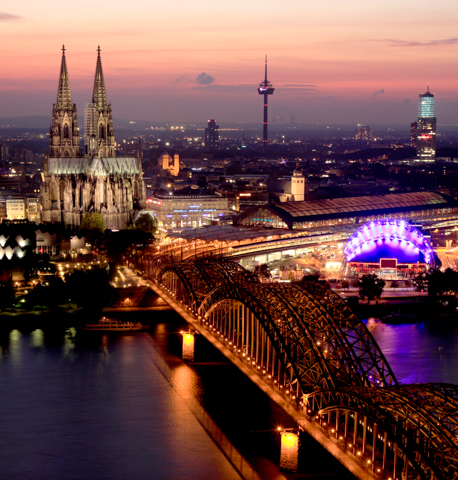 Self-directed? Ambitious? A lover of German books, films, and culture? If you want to blaze your own path to fluency in German language and culture, the German area studies major at Fordham might be right for you.

It’s a highly individualized, interdisciplinary course of study based in the Department of Modern Languages and Literatures. With the help of a faculty advisor, you’ll craft a rigorous course of study that fits your passions and ambitions. Most of your classes will be in German. You’ll build a work portfolio. You’ll become fluent in German. And in the spring semester of your senior year, you’ll make a final presentation demonstrating your mastery.

We draw on a long Jesuit tradition of scholarship on and respect for the world's diverse languages and cultures—and virtually all of them are in New York City. From cultural events to people on the streets, New York City is your classroom for learning German.