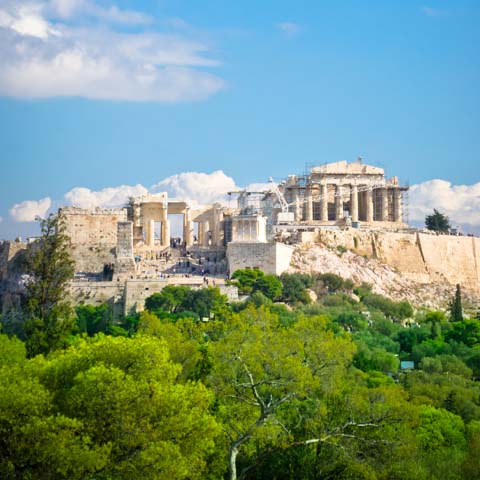 For 2,500 years, ancient Greece and Rome have influenced the world.

“It is not living that matters, but living rightly.” So said Socrates 2,400 years ago. But he could’ve said it today on the campus of Fordham, where we value knowledge and ethics. In the classics department at Fordham, you explore ideas born in ancient Greece and Rome that have profoundly shaped human history.

The classical civilization major delves into Greek and Roman literature, history, mythology, art, philosophy, religion, and other areas, all taught in English. (You can learn Greek or Latin with us too.) How did Athenian democracy operate—and how was it criticized? What do ancient novels say about love, fate, and death? What was life like for early Christians in the pagan Roman Empire?

But you’ll learn more than the classics. You’ll also study theology, mathematics, languages, and the performing arts through Fordham’s common core curriculum, the centerpiece of our liberal arts education. We want you to excel in your field—and as a human being.

As Socrates put it, “Education is the kindling of a flame, not the filling of a vessel.”