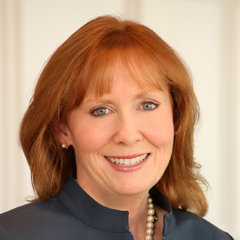 Teresa Heitsenrether is a managing director and global head of custody and fund services at JPMorgan Chase. In this role, she oversees a business that provides the world’s largest companies and institutions with custody, fund administration, and accounting, hedge fund, information, and operations services. JPMorgan has more than $24 trillion in client assets under custody.

Previously, Heitsenrether was JPMorgan’s global head of prime brokerage and equity financing, helming the firm’s financing, clearing, safekeeping, capital introduction, and consulting services delivered to hedge funds globally. In this role, she oversaw the substantial international growth of this business, and led the global business to record revenues and profits.

Heitsenrether has served as the chair and CEO of JPMorgan Clearing Corp., a U.S. brokerdealer that provides clearance, safekeeping, and financing of customer assets. In addition, she served on the board of directors of the Managed Funds Association from 2013 to 2015. Among other accolades, Heitsenrether has been recognized as one of the “50 Leading Women in Hedge Funds” by The Financial Journal and one of the “100 Most Influential Women in EMEA” by Financial News. In 2009, she was elected to the Academy of Women Leaders by the YWCA of New York City.

Heitsenrether earned a Bachelor of Science from Fordham University and a Master of Business Administration in finance from New York University’s Stern School of Business.